Research at the Institute of Pathology deals with the development, diagnosis and treatment of diseases. Immune pathologies, inflammatory diseases and tumor biology are the current research interests. Ex vivo studies of human tissue samples and the use of experimental in vitro and in vivo model systems are used to answer our research questions.

Philipp Zens has received the prize for the best project by a medical student, for his medical dissertation project "Effect of neoadjuvant (radio)chemotherapy on PD-L1 expression in resected non-small cell lung cancers".
Day of BioMedical Research 2019, Department for BioMedical Research (DBMR), 13.11.19, Bern.

Posterprize of the Pathological Society of Great Britain & Ireland

Tereza Losmanová, for the presentation of her medical dissertation "Chaperone-mediated Autophagy Markers LAMP2A and HSC70 Are Independent Adverse Prognostic Markers in Primary Resected Squamous Cell Carcinomas of the Lung". Congratulations!
12th Joint Meeting of the British Division of the International Academy of Pathology and the Pathological Society of Great Britain & Ireland - 04.07.2019, Harrogate, UK 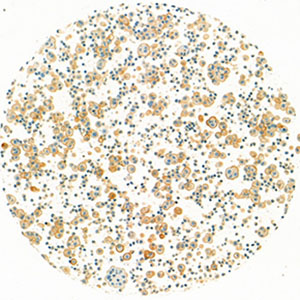 Research Award of the German Society of Cytology

The German Society of Cytology has awarded Dr. Ekkehard Hewer its biannual research prize in recognition of the study "The 'don't eat me' signal CD47 is a novel diagnostic biomarker and potential therapeutic target for diffuse malignant mesothelioma." 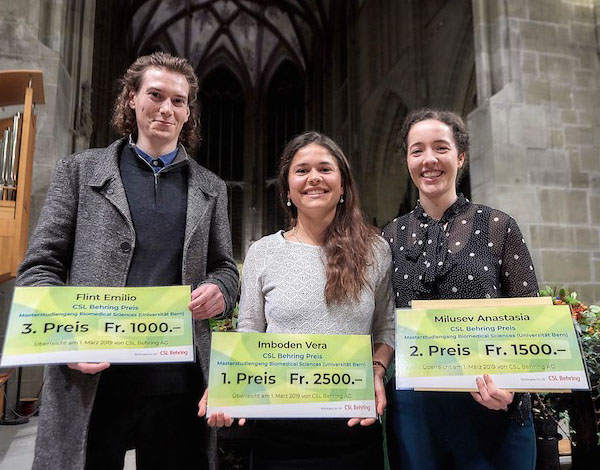 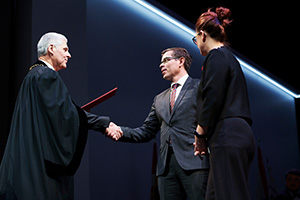 On the occasion of the 184th Dies Academicus of the University of Bern the Dr. Lutz Zwillenberg Prize for an outstanding publication or PhD thesis in Biological Sciences was awarded to Dr. Ulrich Baumgartner, for his dissertation "microRNAs as modulators of cell-signaling and their role in chemoresistance in solid cancer".
His findings show that a large number of microRNAs (short RNA molecules, which play a key role in gene regulation) orchestrate the activity of oncogenic processes and thereby promote the progression of non-small cell lung cancer. These basic findings in tumor biology might lead to the development of new targeted therapies. 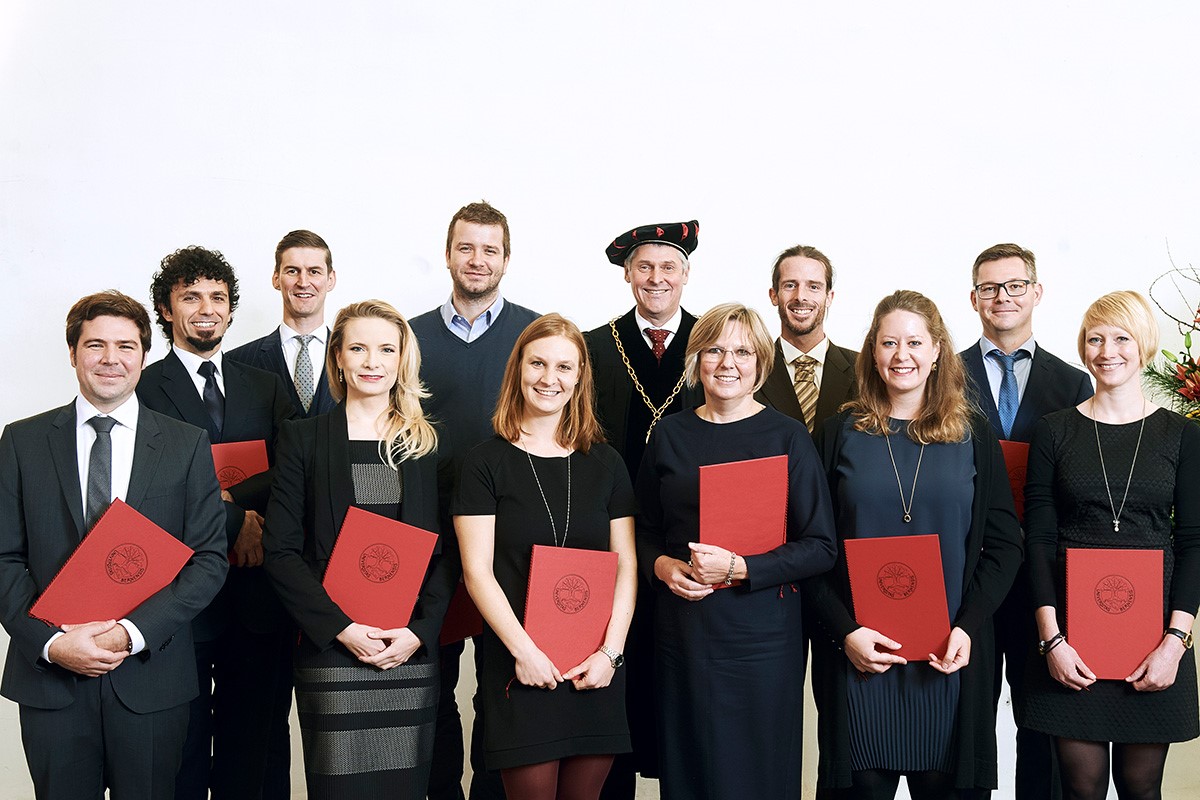 At the 183rd Dies Academicus of the University of Bern the Dr. Lutz Zwillenberg Prize for an outstanding publication or PhD thesis in Biological Sciences was awarded to Daniel Zysset, PhD, for his work “TREM-1 links dyslipidemia to inflammation and lipid deposition in atherosclerosis”. 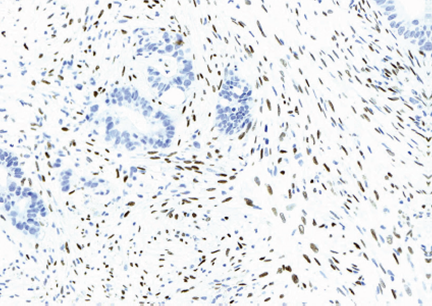 Dr. med. Melina Helbling, under the supervision of Prof. I. Zlobec, has received the 1. Prize from the Faculty of Medicine for her medical dissertation entitled “TWIST 1 and TWIST2 promoter methylation influences the EMT-like tumor budding phenotype in colorectal cancer”. 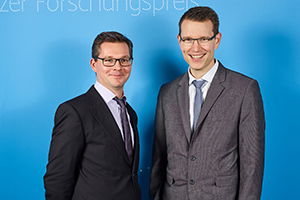 The Pfizer Research Prize 2017 in oncology basic research goes to Dr. Christian Schürch (Institute of Pathology) and PD Dr. Carsten Riether (Department of Clinical Research). They found that the CD27 receptor plays an important role for the survival and proliferation of leukemia stem cells (LSCs) in chronic myeloid leukemia (CML). Tyrosine kinase inhibitors (TKIs), the current standard of care for CML, lead to up-regulation of the CD27-ligand (CD70) on LSCs which induces therapy resistance by activating the Wnt signaling pathway. Combination therapy of TKI and anti-CD70 antibodies overcomes this resistance mechanism, eliminates LSCs and cures CML in mouse models. 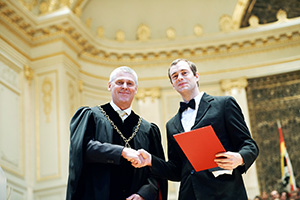 In his PhD thesis entitled „Molecular Dissection of Inflammation-induced Immunopathologies“, Lukas Mager reveals an inflammatory mechanism that promotes blood as well as colon cancer. A molecular messenger, the so-called interleukin-33 (IL-33), plays an essential role in these diseases by activating immune cells and other cells in the tumor environment. This leads to the release of different growth factors triggering tumor growth. Therefore, IL-33 may represent a target for the therapy of these cancers.

The Life Achievement Award for 2016 was awarded to Professor Jean Claude Reubi from Switzerland, who is considered the father of Peptide-Receptors in Diagnostics and Therapy, including Neuroendocrine Tumors.

Sabina Berezowska, 13.-16.04.2016, Geneva; Autophagy in early stage NSCLC – prognostic significance of the autophagy markers p62 and LC3B. We are interested in investigating autophagy in non-small cell lung cancer. In this project, we assessed the prognostic role of autophagy in primary resected early-stage lung cancer. 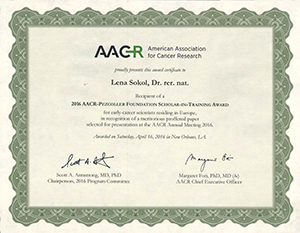 Lena Sokol received the 2016 AACR-Pezoller Foundation Scholar-In-Training Award
for her poster entitled “A signature of rejection in colorectal cancer: immune markers
and their epigenetic regulation”. 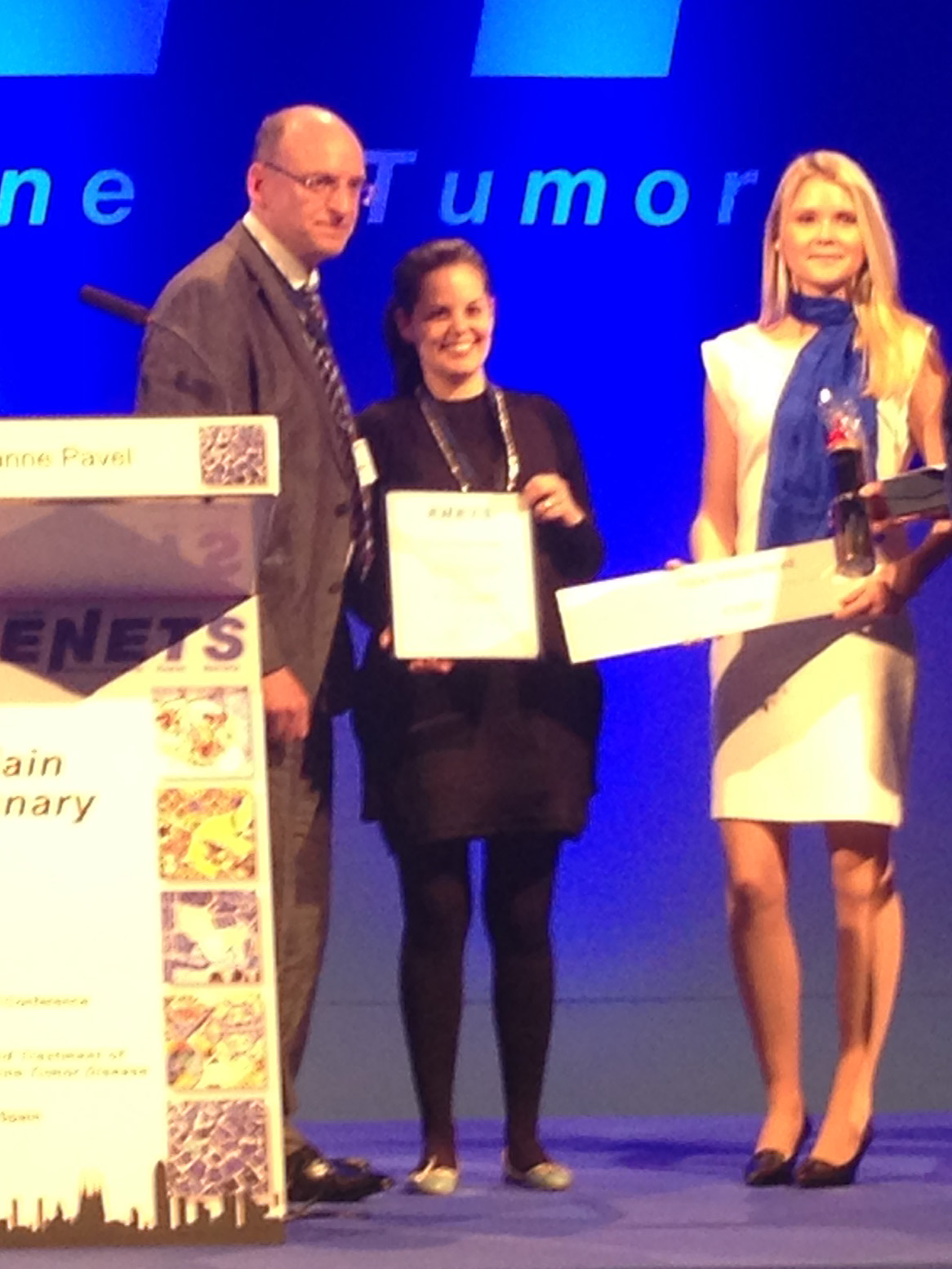 Hakan Ahlman Award for the best publication of the year

to Ilaria Marinoni at the 12th ENETS Meeting in Barcelona for her Publication in Gastroenterology: "Loss of DAXX and ATRX are associated with chromosome instability and reduced survival of patients with pancreatic neuroendocrine tumors" 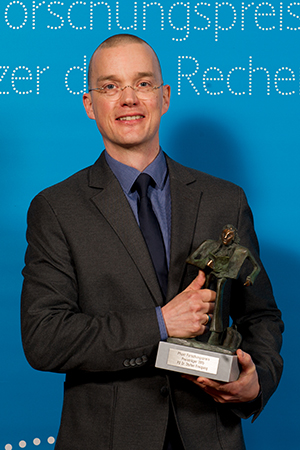 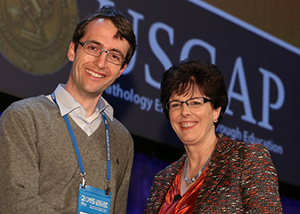 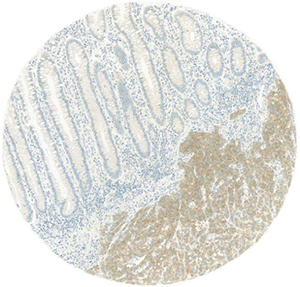 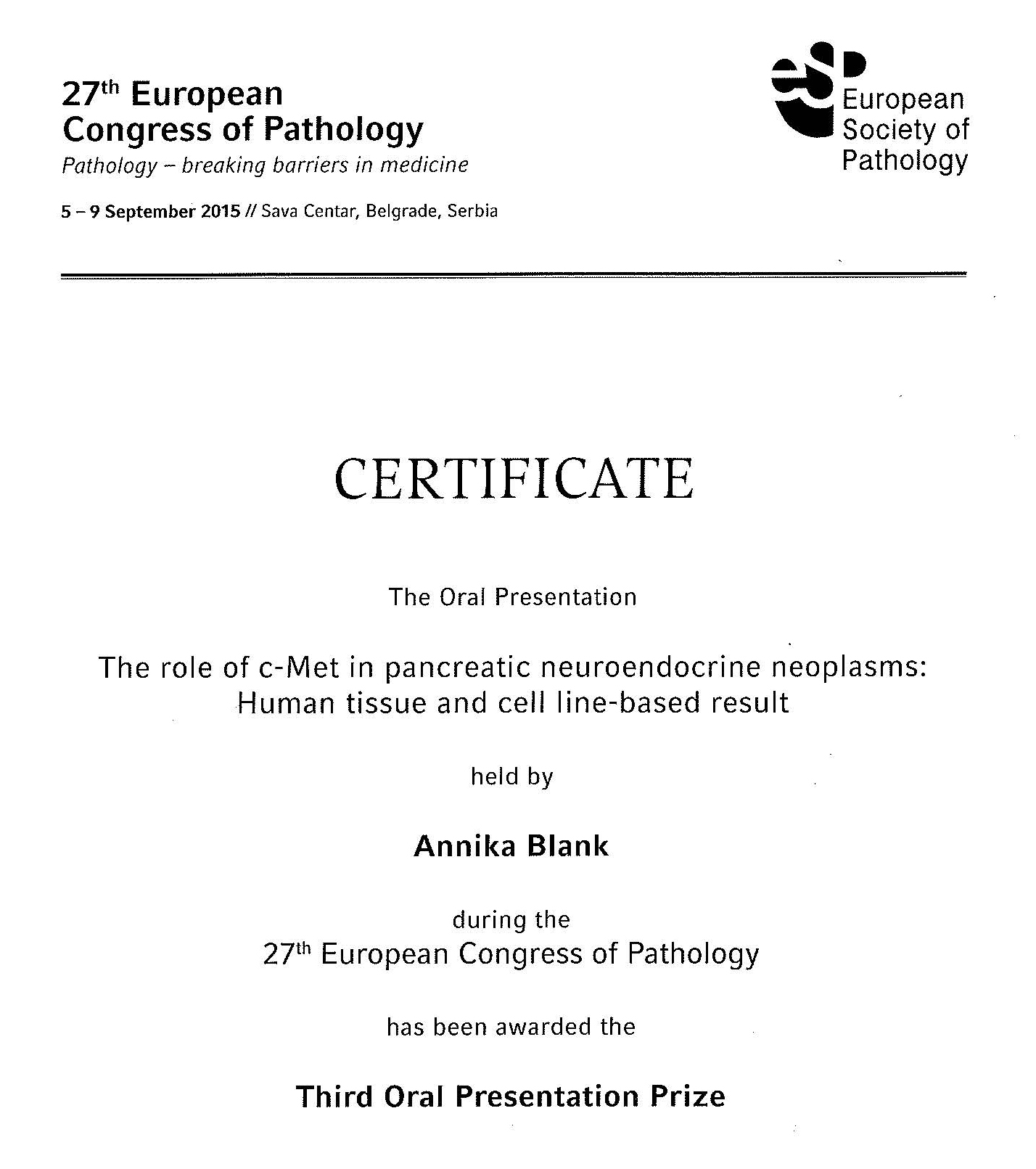 Annika Blank, The role of c-Met in pancreatic neuroendocrine neoplasms: Human tissue and cell line-based result.
This project describes the role of c-Met, a tyrosine kinase receptor, in pancreatic neuroendocrine tumors. The interaction between the expression of this protein and hypoxic conditions as well as the impact on patient prognosis was investigated. 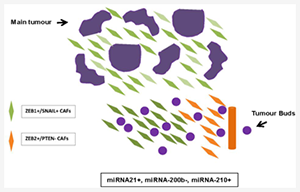 Virchows Archiv prize for the best paper of 2014