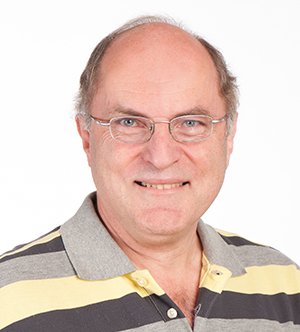 Following his education and post-doctoral training in Immunology and Experimental Pathology at the University of Bern and at Stanford University Medical Center, USA, Dr. Christoph Mueller joined the Institute of Pathology in 1989, first as a research group leader, and since 2007 as Head of the Division of Experimental Pathology and Deputy Director. His current research interests focus on the immunopathological events operative in chronic relapsing-remitting inflammatory disorders, notably, of the gastrointestinal tract. He is the director of the Biobank of the Swiss IBD Cohort Study and is active in scientific boards and committees of several research foundations (e.g. SNSF). Since 2016 he is an honorary member of the Swiss Society of Allergology and Immunology (SSAI).